After experiencing various unpredictable events like the bankruptcy of FTX and the bear market stage of lack of high-quality projects, ALEO, as the leader of privacy computing, finally officially announced the soft launch of the second phase of Testnet 3 (Provers mining) on November 10, 2022. The release of this news immediately attracted great attention from people in the crypto-mining industry who had been silent for quite a long time. 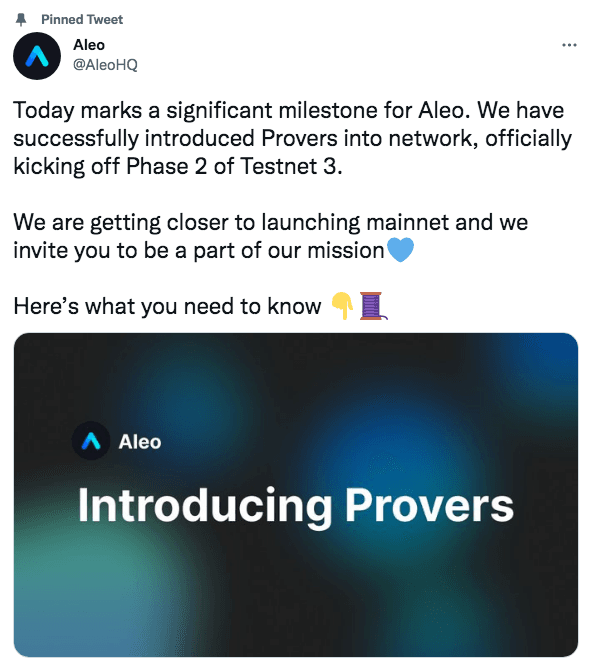 The code of the current version of Prover has been updated accordingly, and corresponding Aleo mining hardware tests can be carried out on it, but there is still no reward for the time being. At the same time, the current version available is only mining code for CPU equipment, but the official said that there will be an update to support the Aleo GPU mining version. According to the latest news from the Entropy team in the community call on 11/16 (provided by Aleox Twitter), in the future, a version that supports GPU will be released in two weeks, and its performance can be greatly higher than that of CPU. This is very exciting news about Aleo mining. 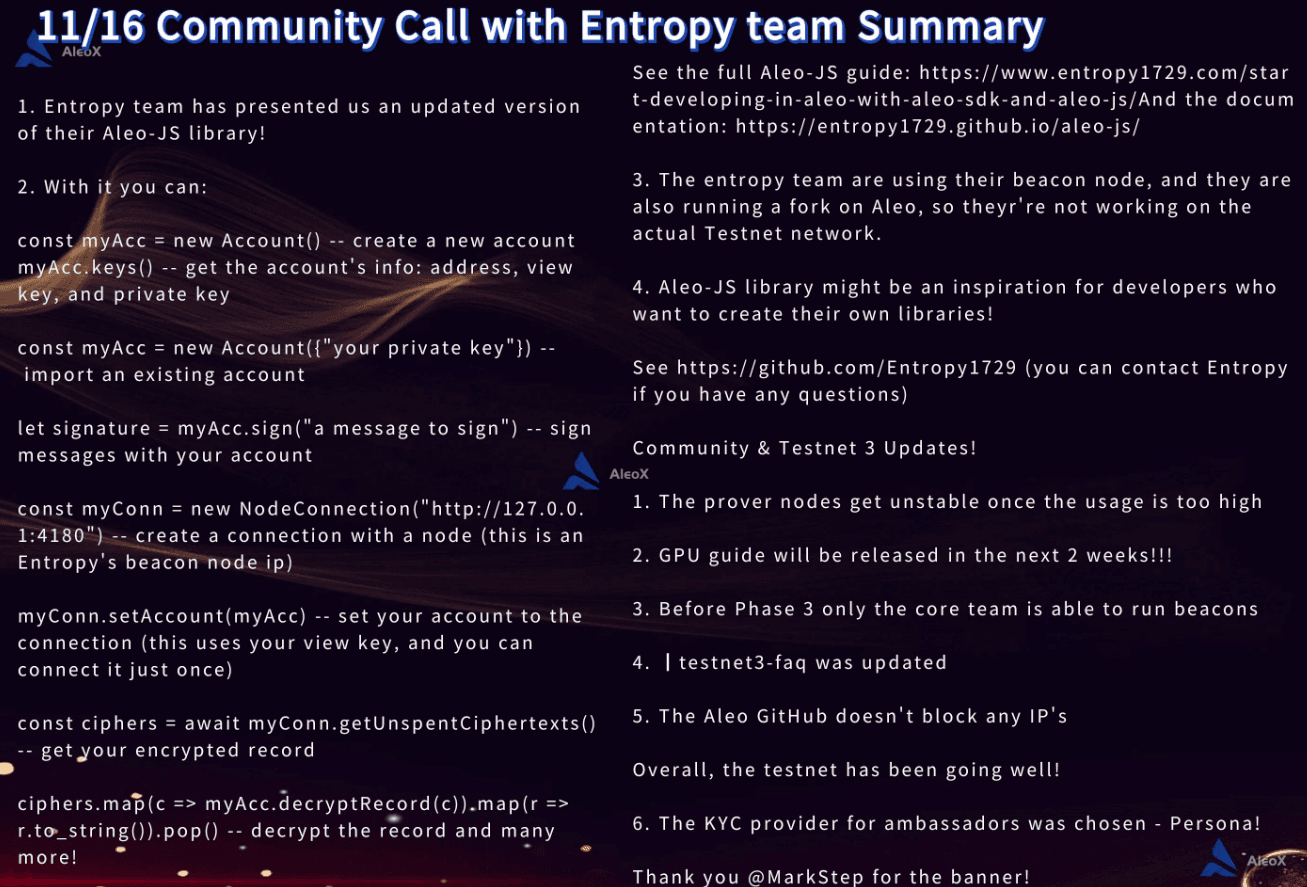 Is there any real Aleo mining profit on current stage?

Aleo’s official twitter has also reminded everyone that the Aleo project currently has no tokens and only reward points are issued. All claims that there are airdrops issued or private placement tokens are scams, and everyone should pay attention to precautions. For the real incentive rewards for miners, it is estimated to wait 4-8 weeks, because the current stage is still a testnet, although it is very close to the mainnet release stage.

Can Aleo points be traded?

Due to the large number of participants in each testnet stage, there are indeed more nodes who joined early and held points. All purchases and transactions of points are not recommended. Since there is no objective KYC verification, it is difficult to guarantee security, and the transaction risk is relatively high. At the same time, the Aleo wallet has not been used normally, so telegram or discord claiming that they can transfer money is also a scam.

When to buy the miner

Minernav mentioned in the previous ZK mining series articles that the final purchase proposal for large-scale machine layout is determined until the code implementation of all algorithms and projects is determined, preferably when there is a performance standard library to refer to. This buying time point can also be after the mainnet goes online. Although there are already many merchants speculating on Aleo equipment in the market, the configurations they provide are not officially known, especially the GPU version, which has not yet been verified on the scale hardware performance testing. So in this regard, it is difficult to choose the optimal hardware solution when buying in a hurry. But for miners who previously held Ethereum GPU miners or Filecoin miners, this may be a relatively low-cost conversion. After all, the graphics card may still be the hardware equipment module with the highest proportion of investment in Aleo GPU mining machines.

Green Bitcoin Mining Crashes, taking Australian Billionaire with It
5days ago 25
Bitcoin Miners are Selling at The Fastest Pace in Seven Years, Mining Stocks Plunge
1weeks ago 22
Hive Blockchain revenue was down 44% despite the surge in overall mining production
2weeks ago 26
FTX Reorganizes, New CEO Seeks Support from Employees During Company Conference Call
2weeks ago 33
Oil and Gas Giant Shell is Moving into Bitcoin Mining
2weeks ago 28